Both parks have a secluded location in the pleasant village of Bradenstoke. The village is not subject to passing traffic, this ensures a private and quiet life for all residents.

Most new homes on Lillybrook Parks have their own private garage and driveway, ensuring that you’ll never be without a place to park. There are a selection of bus trips to surrounding villages and towns. Park owner Lawrence lives in the village of Bradenstoke, ensuring any issues that residents may have are dealt with quickly, and with the utmost care.

We have always held the environment close at heart, and in 2011 we were awarded the David Bellamy Conservation Silver Award for our unfaltering commitment to the environment. In 2014 our Silver Award was promoted to Gold, the highest category available. Our aim is to uphold our ethic of environmental conservation in all aspects of our business.

Lillybrook Park nestles on the outskirts of Bradenstoke village and is the larger of our two parks with site licence for 139 homes.

The park has been established from the ground up by the Burchell family and it shows, with the wide sweeping roads and areas of greenery ensuring the park provides its residents with a sense of spaciousness.

Lillybrook offers residents the perfect afternoon stroll, with a beautiful public countryside footpath located at the top of the park. We also offer a viewing platform providing breath-taking scenery of the surrounding Wiltshire countryside.

Lastly, residents can take a walk down to the gorgeous brook that runs through the heart of the park.

Church Park is situated in the village of Bradenstoke, behind St Marys Church. This provides the Park with an air of seclusion.

Lillybrook Estate Ltd purchased Church Park in June 2000. Since then we have greatly improved the standard of the Park. One of our first jobs there was to rewire the entire Park to double the power supply to each home, making it safer and more efficient for all residents.

With a site licence for 56 homes, this ensures a quiet community atmosphere with the local pub on your doorstep and the village hall a mere 2 minute walk away.

Church Park operates to the same set of park rules as Lillybrook with one major exception: Dogs are allowed to reside on Church Park. 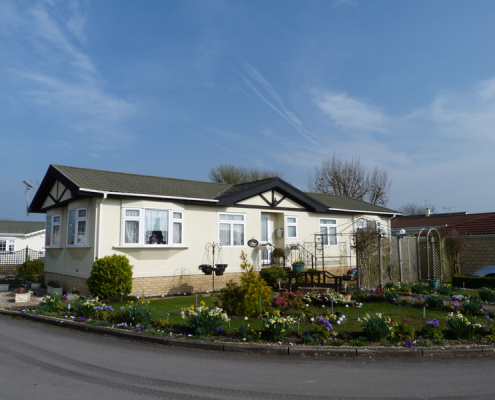 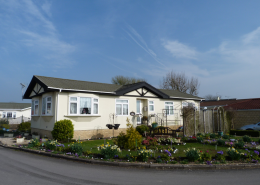 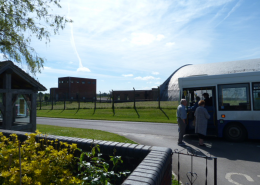 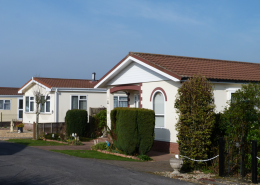 We moved from Park North, Swindon onto Lillybrook in 2002, and love living here. We bought a superb brand new Park Home to our specification. We have made lots of friends on the Park and join in various activities such as a walking group (that finishes at a Pub!), keep fit classes, line dancing etc. Whilst we have a car, it is a reassuring that there is a selection of bus services from the Park entrance. We have never been happier and thoroughly recommend Lillybrook.

We first lived in a Park Home in Tedburn St. Mary in Devon. We bought a new home on Church Park in 1995. Good neighbour’s on the Park and the Burchell’s are very considerate and always ready to help. We have plenty of activities to get involved with in the Village; a very happy place to retire to.

Used to live in Mangotsfield, Bristol and moved into a lovely pre owned Park Home in 2002. Life is very tranquil; I have made many friends both on the Parks and in the village; a real community where one feels very secure and safe. More importantly my family feel they do not have to worry about my general wellbeing as they know I am happy where I am and am surrounded by the nicest people.

On returning to England from Zimbabwe in August 2004, we were fortunate enough to be able to move into Church Park 26 days later.   The Burchells keep this Park in excellent condition and it is a joy to live here, amongst many good friends.  We are very happy here and could not find a better place to live.

Norman and Jean Burchell decided to convert their farm into a Park Home estate, initially with permission for 31 homes in 1966. Over the years the Park was further developed, so that by 1982, Lawrence, the youngest of Norman and Jean’s three sons joined the family business. In 1991, by which time the Park had expanded to 99 homes, Norman and Jean retired and Lawrence took over running the business. Lawence’s two brothers (Philip and Peter) worked elsewhere. The three brothers were joint owners of the family business.

In June 2000 the three brothers came to the decision to purchase Church Park; a second park home site located within a mile of Lillybrook. With this further expansion, Philip decided to join the business on a full-time basis. In the subsequent years the three brothers improved the quality of both parks immeasurably, putting them at the forefront of Park Home living.

2012 proved to be a big year for Lillybrook Estate Ltd. The RAF base situated next to Lillybrook & Church Park closed down, and Lillybrook was granted permission for 10 new homes. This expansion provided an excellent opportunity to introduce Lawrence’s sons, Luke and Matthew, into the business. With the completion of this new development Lillybrook now has a grand total 139 plots, and Church Park 56.

As of 2020 it is the ongoing aim of the Burchell family to maintain and improve the quality living conditions that it has upheld thus far, with the residents, as well as the environment, always at the forefront of our minds.